A description of the printing presses used at Handset Press... 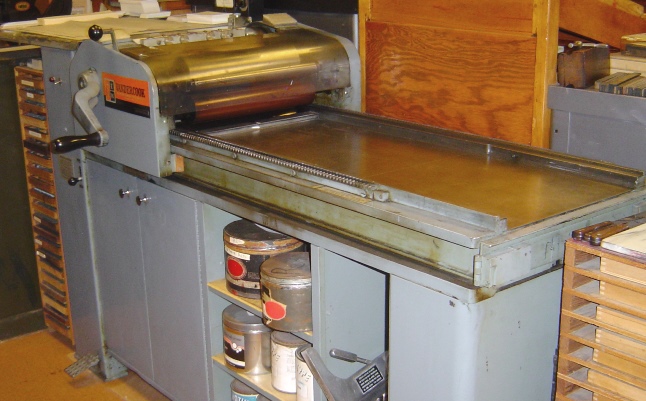 When I purchased Charlie Hinde's printing equipment in 2004, one of the prizes was a Vandercook Universal I cylinder proof press, originally sold to Hillis Printing Co. of San Jose on July 10, 1970.

This press is a hand-cranked model, designed to create high quality proofs. At the end of the letterpress era, but before graphic computers were common, printers would use presses like this to create images for their offset plates. 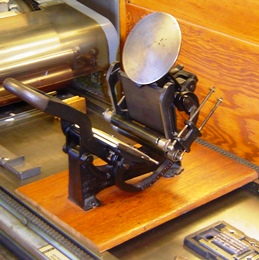 Among Charlie Hinde's equipment was this 3x5 Kelsey Excelsior that is nearly identical to my own first press. The rounded handle identifies it as a post-World War II model.

William Kelsey started selling his small presses in 1872, a time when a number of table-top presses first hit the market. Kelsey eventually bought up or drove out of business most of his competitors. The company's ubiquitous "print your own cards" ads, drove the "boy printer" movement and also attracted letterpress hobbyists.

The press is only large enough to print several lines of type. But it is just the right size for showing a youngster the basics of printing. It also is easy to take to off-site printing demonstrations.